The film premiered at the Venice Film Festival in 2009 where Rappoport won the Volpi Cup award for Best Actress and screened at the Toronto International Film Festival. It opens at select theaters April 15.
Posted by Christina.k at 4:26 PM No comments: 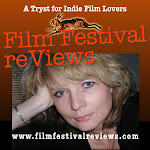